In an effort to beautify their neighborhood, residents in the North Austin Civic Association (NACA) —an area bounded by US 183, Metric Boulevard, Kramer Lane and Lamar Boulevard—wanted to create murals along several bridges in the area.  The Quail Creek neighborhood association partnered with the city’s Neighborhood Partnering Grant to receive needed sidewalks in exchange for having volunteers paint bridges within the neighborhood. North Austin Civic Association, Rundberg Rising, and Paint the ’58 have also contributed to the project. One bridge along Kramer needed an adopter and North Austin Creatives stepped up!

NACA was awarded about $150,000 by the Neighborhood Partnering Program (NPP) for the murals and improvements to a traffic island at Quail Valley Road and Rutland Drive. The grant will also fund a sidewalk near Lanier High School.

NACA identified about 14 bridges in the Quail Creek area that were riddled with graffiti and weeds for the murals. Since February more than 200 people have donated time to create the murals, many of which are located along routes children take to school.

Residents were grouped into teams to design a mural and take on maintenance by pulling weeds and keeping grass trimmed. Murals feature handprints of neighborhood children, showcase the area’s diverse culture and support the Lanier Vikings. 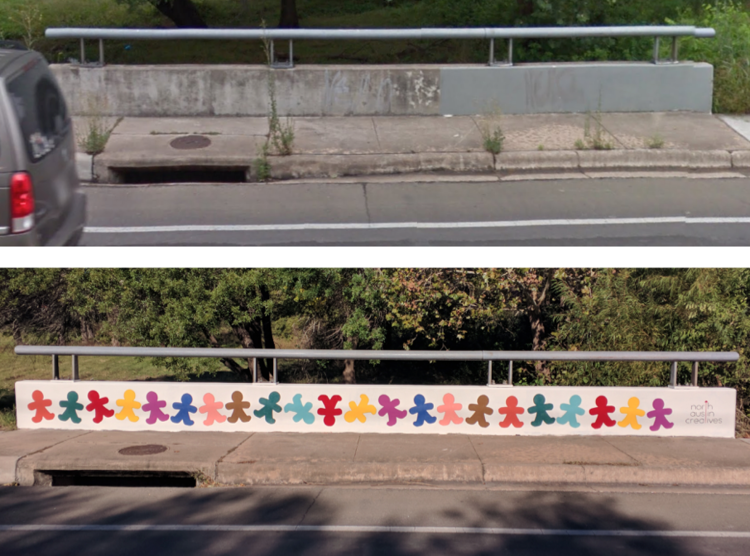