The Plazas at Downtown Round Rock

Historic downtown Round Rock features the Prete Plaza is located at 221 East Main Street across from City Hall and is opened for a splashing good time for summer fun!  The Main Street Plaza Fountain is water conservation friendly. The fountain recirculates and filters its own water source and has very little evaporation.  The Prete Plaza is a 14,000-square-foot plaza with a 610-square-foot performance stage, 1,075- square-foot interactive water feature, built in seating with decorative lighting, with a grass seating and lounge area, custom shade structure, custom art panels and a state-of-the-art multifunctional lighting system.

Centennial Plaza is located at 301 West Bagdad behind the Baca Center and the McConnico Building and is available for rental for special occasions.  Round Rock’s Centennial Plaza features a performance stage with law seating, public art sculptures, pillars of the community monuments, special lighting effects, a bat observation overlook, water feature, drought resistant landscaping and a remodeled amphitheater with tiered grass seating for major concert or theatrical performances.  Centennial Plaza currently host several events on a regular schedule throughout the year.

Round Rock Market Days in Centennial Plaza, behind the Baca Center, from 9 a.m. to 4 p.m. on the first Saturday of every month. Market Days features farmer’s market items, arts and crafts, food vendors, and live music all day free to attendees.  These events are year around except July and October.

The Round Rock Chalk Walk Arts Festival is Round Rock’s area largest and most prestigious festival for arts and cultural events drawing over 32,000 people annually to Round Rock during the first weekend in October.  Chalk Walk and Arts Festival has thousands in attendance with numerous vendors, sponsors, and artists, including chalk artists, musicians vocal groups, theatrical performances, food and drinks, and children’s performances. Chalk Walk is the Round Rock Art’s version of an Italian Street painting festival.  Artists are free to create, with chalk pastels, a picture on the concrete.  Drawings are created in full view of the public, who are encouraged to interact with the artists as they use their amazing talents to create beautiful “murals” before their audience’s eyes. The fact that the paintings disappear at the end of the fest makes their beauty even more appealing. This year’s event will be October 2 – 3, 2015, and is located at Centennial Plaza area and Brown Street. 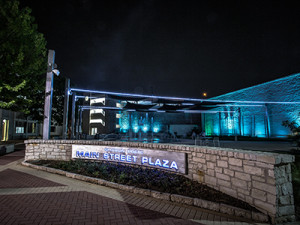 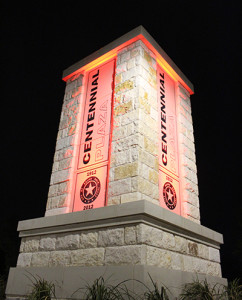